New Delhi: In a unique initiative, the famous Madhavpur Mela of Gujarat will see its first-ever cultural integration with the North-East with which it is said to share its roots.  Disclosing this at a media briefing in New Delhi today, the Minister of State for Culture, Dr. Mahesh Sharma said that the Ministry of Culture is organizing the Madhavpur Mela from 25th to 28th March, 2018 in Madhavpur Ghed, District Porbandar in Gujarat in a grand way. Dr Mahesh Sharma said that the purpose of this integration is to bring various parts of the country especially the North-East, close to each other under the banner of Ek Bharat Shrestha Bharat announced by the Prime Minister, Shri Narendra Modi.

The Madhavpur Mela of Gujarat shares its connect to the Mishmi Tribe of Arunachal Pradesh. The Mishmi Tribe traces its ancestry to the legendary King Bhishmak and through him to his daughter Rukmini and Lord Krishna. For the first time ever, the festival will celebrate the immortal journey which Rukmini undertook from Arunachal Pradesh to Gujarat with Lord Krishna, Dr Mahesh Sharma explained. Bhismaknagar, located near Roing in the lower Dibang Valley district, also finds mention in Kalika Purana.

Giving more details, the Culture Minister said that the IGNCA, Manav Sangrahalay of Ministry of Culture and States of Gujarat, Assam, Arunachal Pradesh, Manipur and others have joined hands to give a new dimension to the festival. A jatha of 150 persons from the North-East will be given a traditional welcome at Madhavpur Mela as representatives of Rukmini’s family. The entire concept of celebration this year is in the spirit of ‘Ek Bharat Shrestha Bharat’ campaign of the Prime Minister and symbolizes unity in diversity of the country and establishes the East to West connect, he said. All States & Union Territories except West Bengal are participating in the Ek Bharat Shrestha Bharat campaign and have been paired for the purpose of exchanges at the level of students, sports and through culture.

Secretary, Ministry of Culture, Shri Raghvendra Singh said that some of the local sites and temples connected to the Madhavpur festival have been upgraded by the Ministry of Culture and connecting the North-East through such kind of events and cultural exchanges will now be made a regular feature.

The 4 day ‘utsav will  see a vibrant cultural trail of art, dance, music, poetry, story-telling and folk drama from Arunachal Pradesh, Manipur and other North-Eastern States with the aim to integrate the rich cultures of the two regions.

Madhavpur Ghed, a small but culturally significant village, is the place where, according to folklore, Lord Krishna married Rukmini, the daughter of King Bhishmaka. Madhavpur lies on the seashore, close to Porbandar. A 15th century Madhavrai temple marks the site. This event is commemorated by a cultural fair held every year, commencing on Ram Navami. A colorful chariot carrying the idol of Krishna circumnavigates the village and the festivities usually continue for five days. This year the Ministry of Culture is collaborating with Government of Gujarat to scale up the festival by incorporating the various vital elements.

Madahvpur Mela will witness for the first time ever the magnificent performances from the North-East, especially Arunachal Pradesh and Manipur. Troupes from Assam will perform Rukmini-Haran, a popular folk theatre of the region. Musical troupe from Manipur will sing songs related to Rukmini in the Khullong Ishei and Nat genŕe.  Dance-dramas based on Rukmini-Krishna legends from Arunachal and Manipur and folk dance of the Idu Mishmi tribe from Arunachal will be part of the varied repertoire.

An exposition and sale of art and crafts of Gujarat and handloom and handicrafts products from Arunachal, Manipur and other North-Eastern states will be part of the event. A Visual Art Exhibition on Krishna and Rukmini put together by different institutions of Ministry of Culture like the Indira Gandhi National Centre for the Arts and Indira Gandhi Rashtriya Manav Sangrahalaya highlighting the variegated legends of Krishna and Rukmini will be organised at an exhibition space being created for the purpose.

The daily schedule of the four day Madhavpur Mela is given below:

Manipuri dance-drama based on Rukmani-Krishna using cymbals and pung (the cylindrical mridang).

Naatya Katha on Krishna and Rukhmani by Dr. Sonal Mansingh

Choreographed music and dance ballet from the North-East on the wedding of Krishna and Rukhmani (this will include the traditional Idu Mishmi ritual dance (20 minutes).

Naatya Katha on Krishna and Rukhmani by Dr. Sonal Mansingh

Rukmani Haran, a popular folk theatre performed in the Ankia-Naat genre from the North East.

This will be followed by the Idu Mishmi ritual dance performance by priests and priestesses from Dibang Valley. Dandiya Ras, Garba and other folk dances from Gujarat Lai Haroba dance from Manipur

Nyioga folk songs from Arunachal, sung when the bride is sent to her future home 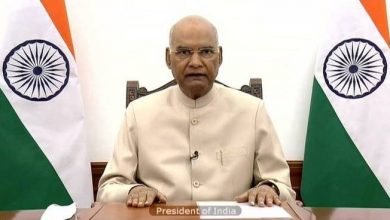 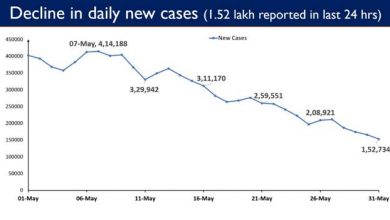