The Ministry of Labour & Employment has notified “Ease of Compliance to maintain Registers under various Labour Laws Rules, 2017” on 21st February 2017 which has in effect replaced the 56 Registers/Forms prescribed under 9 Central Laws and Rules made there under into 5 common Registers/Forms. Such exercise has reduced the number of data fields from about 933 to about 144. This will save efforts, costs and lessen the compliance burden by various establishments.

Reforms in labour laws are an ongoing process to update legislative system to address the need of the hour and to make them more effective and contemporary to the emerging economic and industrial scenario. The Second National Commission on Labour has recommended that the existing Labour Laws should be broadly grouped into four or five Labour Codes on functional basis. Accordingly, the Ministry has taken steps for drafting four Labour Codes on Wages; Industrial Relations; Social Security & Welfare; and Safety and Working Conditions respectively, by simplifying, amalgamating and rationalizing the relevant provisions of the existing Central Labour Laws. Further, amendments in individual Labour Act viz. Child Labour (Prohibition and Regulation) Act 1986, Payment of Wages Act 1936, Payment of Bonus Act 1965, Maternity Benefit Act 1961 have also been carried out. These legislative initiatives will improve the wage security, job security and social security of the workers.

This information was given by Shri Bandaru Dattatreya, the Minister of State (IC) for Labour and Employment, in written reply to a question in Rajya Sabha. 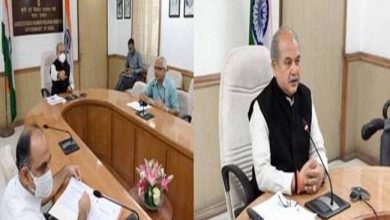