Spanish entry Mapfre led the seven-yacht fleet out of Auckland Harbour on Sunday as the gruelling Volvo Ocean Race resumed with its toughest leg across the tempestuous Southern Ocean.

The 7,600 nautical miles (14,075 kilometres) seventh leg of the race takes the yachts on a three-week voyage across inhospitable waters from New Zealand to Cape Horn and then up South America’s eastern coast to the Brazilian city of Itajai.

Mapfre, the overall race leader, was in front at the first mark as the leg started with two circuits of Auckland Harbour, and gradually extended its lead as the fleet headed out to sea and over the horizon.

Rio Olympic sailing gold medallist Blair Tuke, on board Mapfre, said he loved the speed and being able to “surf down the waves” in the Southern Ocean while being aware of “the risks of a big wipeout and what that could cause.

“But you don’t want to think about that the whole time otherwise you aren’t going to push the boat hard enough. So it’s a fine balance, you have to weigh up the risk versus reward.”

Charles Caudrelier, skipper of the Chinese-backed Dongfeng which was second to Mapfre as they headed away from the New Zealand coast, spoke before departure of his past experiences racing across the Southern Ocean.

“Sometimes you have to forget the race and take care of the boat and the crew,” he said. “I know this very well. I’ve done this leg twice and never finished with the mast up.

Mapfre leads the overall standings in the 11-leg around-the-word race on 39 points, five points ahead of Dongfeng on 34 and SHK/Scallywag on 26.

Dutch team AkzoNobel, which won the sixth leg from Hong Kong to Auckland, is fourth on 23 points.

Vestas 11th Hour Racing, which did not compete in the last leg after a collision with a Chinese fishing boat at the end of the previous stretch left one fisherman dead, has been repaired and rejoined the fleet in Auckland.

The 2017-18 Volvo Ocean Race is the longest in the competition’s 44-year history, stretching over eight months and 45,000 nautical miles around the globe and ending in The Hague in the Netherlands in late June. (AFP) 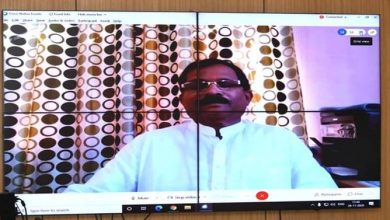