New Delhi: Underlining the strong and long-standing relationship between France and India, Union Human Resource Development Minister Prakash Javadekar termed as “historic” the inking of an MoU on “mutual recognition of educational qualifications” between the two countries.

“It is historic for the first time, a government to government MoU has been signed to mutually recognize academic qualifications. It will help the student community. There used to be only bilateral arrangements between institutions to institutions,” he said while speaking at the Knowledge Summit at PravasiBharatiyaBhawan, New Delhi in the presence of French Minister of Higher Education, Research and Innovation Mrs Frederique Vidal.

“I hope more and more countries, like France, will come forward for mutual recognition of academic qualifications so that the mobility of students and professionals improves,” MrJavadekar added.

The first high-level India-France Knowledge Summit, 2018 was jointly organized by French Institute in India, along with Ministry of Higher Education, Research & Innovation (MESRI), France and co-Ministry of Human Resource Development, Government of India.

Pointing that more than 5000 Indian students are studying in France and about 1500 French Students in India, the Minister said the HRD Ministry would launch “Study in India” initiative to attract more and more students from other countries to India.

Apart from MoU on Mutual Recognition of Academic Qualifications between India and France, 15 MoUs between various institutions of India and France in the areas of Higher Education, Research, Innovation, Faculty exchange, Scientific Cooperation were exchanged.

He took the opportunity to list out the various initiatives, such as IMPRINT, GIAN, SWAYAM and PMRF taken by Government of India to boost Innovation, Research and accessibility of education in India.  He pointed out that under GIAN, which is an initiative where foreign faculty visit India and conduct tailor-made courses for Indian students in certain HE institutions, last year about 30 French Faculty members had visited India to conduct course and this number is expected to grow more.

Under SWAYAM, India’s own MOOCs, already more than 700 number of courses have been started and about 2 million students, faculties and professionals have registered themselves for various courses.  “Like ATM (Any Time Money), SWAYAM is ATL (Anytime Learning) and AWL (Anywhere Learning),” he said.

Underlining the importance of innovation and research in country’s progress, MrJavadekar said his Ministry is giving special thrust to research and innovation.  He said under IMPRINT-II, which is an open invitation for innovation by faculties, students, professionals and others in 10 domain frontier areas of innovation, Rs 1000 crore is being allocated to fund high-end research and innovation proposals.  Besides, under PMRF, highest ever scholarship of Rs 70000 to 80000 per student per month will be offered to around 1000 students each year. Apart from these initiatives Ministry has created special vehicle called higher education finance agency, through this agency Ministry is  mobilising hundred thousand Crore Rupees to put in next three four years essentially in higher education and small portion is school education. He further said that we have started smart India Hackathon from last year. In the previous year total 42,000 students from 2000 technical and engineering colleges participated. This year around 1 lakh students already participated.

Mrs. Frederique Vidal, Minister of Higher Education, Research and Innovation, Government of France said that the knowledge summit is an essential step toward the goal set by the French Government to attract 10,000 students to France by 2020. Last year, over 5000 Indian students chose France as a study destination, showing a 60% increase from the previous year. The summit explores seven priority sectors for collaboration: space and aeronautics, mathematics and information technology, agronomy and food processing, eco-energy, natural resources and bioactive compounds, architecture and urban planning and urban mobility.

PM’s address at the launch of Garib Kalyan Rojgar Abhiyan 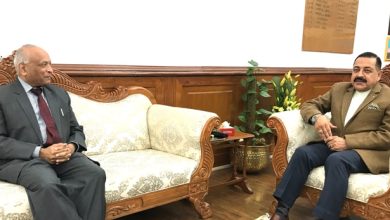 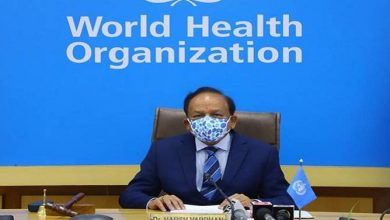 Dr. Harsh Vardhan chairs 148th session of WHO Executive Board