People more united than ever before in nation building, says Shri M.Venkaiah Naidu

3 years of Modi Government brought people out of despair and made empowered citizens proud of being Indians, says Minister

Minister compliments Team India for the change happening in the country

Minister of Urban Development and Information & Broadcasting Shri M.Venkaiah Naidu today said that the Government led by Prime Minister Shri Narendra Modi during the last three years has unified the people more than ever before in nation building besides bringing them out of despair and guiding them towards new horizons and making every citizen proud of being Indian. He further said that by empowering different sections of the society, a strong foundation has been laid for making a New India of the hopes and aspirations of all the people.

In a series of tweets on the occasion of completion of three years in office of the Government, Shri Venkaiah Naidu said the following:

“Three years of Modi Government unified the Nation more than ever before in its resolve and unity of action for Making of Developed India. India is riding high. People have been brought out of despair and the country is racing towards new horizons. 2014 mandate is taking shape steadily. Thanks Team India.

Three years of decisive, honest, caring, considerate, innovative, accountable and empowering governance laid the foundation for a New India of the hopes and aspirations of the people. Gaon, Garib, Kisan, Yuva, Mazdoor, Mahila, SCs, STs and Minorities are being empowered and the potential of Indians and India is being unleashed.

Three years of Modi Government made every citizen proud of being Indians and with belief in self and  in the leadership restored, India is set to scale new heights.”

Shri Naidu, who is also the Minister of Urban Development tweeted saying:

“Three years of urban transformation infused new vigor in city and state governments for building a resurgent Urban India. Cities competing with each other holds promise for better urban living. Thanks Team India. 500 AMRUT cities and 98 smart cities now have clear five year action plans for improving urban infrastructure and quality of life, a first of its kind. Over Rs.4.00 lakh cr investments have so far been approved during the last three years for improving urban infrastructure.” 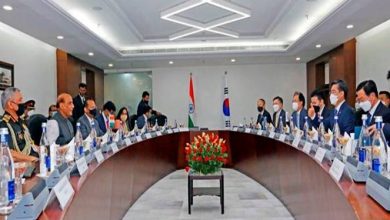