Welcoming the French President to India, the President said that India accords high priority to its strategic partnership with France.  Our traditional friendship is firmly rooted in the excellent bilateral understanding and mutual respect that we have.  Our shared values of democracy, liberty, equality and fraternity bring us even closer.

The President said that India’s strategic ties with France have been expanding not just in traditional sectors of defence, space and civil nuclear energy but also in the emerging areas of counter-terrorism and maritime and cyber-security. Our economic collaboration is on course. But we can do much better. Our bilateral trade of about US$ 11 billion is far below potential.  We need to diversify our trade basket and look for new avenues to boost trade.  The President was happy to note that close to 1000 French companies have invested in India.  He said that we value these investments and would encourage France to associate with our flagship initiatives such as Make in India, Skill India and Digital India.

The President said that India commends France’s efforts in the global fight against climate change.  The two countries stand together in this endeavour. Tomorrow, we are co-hosting the International Solar Alliance and the presence of the French President at the founding conference will take our climate partnership to newer heights.  President Kovind expressed hope that this Alliance will be able to make a mark globally in bridging the gap in affordable and clean energy. 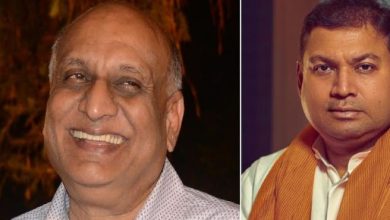 Traditional food systems evolved over a period time has proved to be healthier, more balanced and nutritious: Vice President