The Minister of State for Finance and Corporate Affairs, Shri Arjun Ram Meghwal will deliver the Keynote Address and give away the Certificates during the Valedictory Ceremony of Indian Institute of Corporate Affairs (IICA) Certificate Programme (ICP) in Corporate Social Responsibility (CSR) – Batch II at the IICA campus, Manesar,Gurgaram tomorrow, 17th May, 2017.
​There will also be a ​Panel Discussion​ on​ : Role of CSR Professionals in delivering Impactful CSR​.​ ​It will be ​Chair​ed by Sh. Madhukar Gupta, Addnl.Secretary, Department. of Public Enterprises (DPE), Ministry of Heavy Industries & Public Enterprises, Govt. of India​.
​Other ​Panel members​ ​​include​: 1. Ms. Alka Mittal: GM, CSR & HR, ONGC​. ​ 2. Shri R.N.Bagdalkar, Director HR, Bharat Electronics Limited 3. Ms. Meenakshi Batra, Chief Executive Officer, CAF 4. Shri Suresh Reddy, Director-SRF Foundation 5. Shri Ashish Gautam, Country Head, IBM 6. Shri Vishal Bhardwaj: Group Head & Deputy Executive Director (CSR) and COO-Dalmia Bharat Foundation 7. Shri Rajendra Ghag- Senior EVP & Chief HROfficer, HDFC Life​.
With the passing of the Companies Act 2013, CSR has come into sharper focus in the country. About 8000 companies have taken part in CSR activities annually during the last two years. Around Rs. 9000 crores have been spent every year on various CSR activities listed in Schedule VII of the Companies Act 2013. In FY 2015-16, there has been considerable jump in CSR expenditure as compared to FY 2014-15. As per the Ministry of Corporate Affairs (MCA) database, the total expenditure on CSR activities has increased from Rs. 8851 crores to over Rs. 9000 crores as per the limited data available on just 5097 companies.
IICA Certificate Programme (ICP) in Corporate Social Responsibility (CSR) is a 9-month intensive online course with a major thrust on developments/issues and challenges in CSR post the 2013 legislation. The programme has so far certified 170 CSR professionals in 2015, and another 130 students are currently undergoing the programme as part of Batch II.
The 1st Batch of the programme, which concluded in July 2015, had participants from companies like Mahindra & Mahindra, PepsiCo, Tata Capital, Help Age India, NTPC, ONGC, BHEL, BSE and Titan amongst others. The 2nd Batch also has participants from reputed companies like IOCL, ONGC, HAL, BEL, NTPC, Cisco and IBM, to name a few.
The ICP in CSR online course is being implemented by the National Foundation for Corporate Social Responsibility (NFCSR), which was established by the Ministry of Corporate Affairs at IICA in April, 2012, with a vision to build an enabling environment for the corporate sector to work in partnership with the Government, Non-Government and Civil Society Organizations, as well as local community organizations for effective contribution towards sustainable growth and development.
One of the mandates of NFCSR is to provide research, training, practice, capacity building, standard setting, advocacy, rating, monitoring, recognition and related support in the field of CSR.  Under this mandate NFCSR had launched the IICA Certificate Programme (ICP) in CSR in the year 2014.  This course has helped the need to meet the burgeoning demand for trained CSR professionals in the corporate, public and NGO sectors, in light of the new provisions regarding CSR which took effect from 01.04.2014.
Indian Institute of Corporate Affairs (IICA) is an autonomous organisation working under the aegis of the Ministry of Corporate Affairs,Govt of India. It has been set-up as the premier organisation that aims at providing credible intellectual leadership in Corporate Regulation, governance and running sustainable businesses, IICA is a capacity building,development and service delivery institute. The Institute works through a network of Schools and Centres based in its campus at Manesar,Gurgaon in Haryana.

Theme of the Conference is “Digital India: Success to Excellence”a 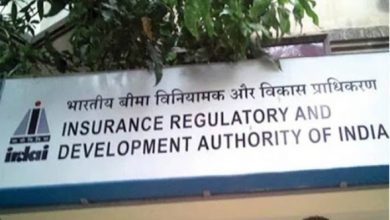