The escalating trade confrontation between Washington and Beijing threatened to boil over Friday after President Donald Trump lashed out again and China called on the EU to join the battle, sending global stocks into the red.

Trump remained defiant and argued the pain of the dispute will pay off in the end, while China said that his administration would only “shoot itself in the foot” if it didn’t back down from the “extremely wrong” threats.

Global stock markets were unhappy with the turn of events, as Wall Street followed European and Asian markets lower.

Treasury Secretary Steven Mnuchin acknowledged there was a risk of a trade war, but said the intention is to defend US interests and the administration remains willing to negotiate.

In the wake of the decision to impose steep tariffs on steel and aluminum imports, the United States on Tuesday published a list of $50 billion in Chinese goods to be hit by tariffs over what Washington says is widespread theft of intellectual property and technology.

China retaliated by unveiling planned levies on $50 billion worth of major US exports including soybeans, cars and small aircraft.

Trump hit back again late Thursday by instructing trade officials to consider tariffs on an additional $100 billion in imports.

“Rather than remedy its misconduct, China has chosen to harm our farmers and manufacturers,” Trump said, calling Beijing’s reaction “unfair.”

So far, only the tariffs on steel and aluminum have taken effect, but the latest threats from Trump take the dispute to a new level: China cannot retaliate in kind since it only imports $130 billion in US products, meaning it would have to find another way to respond.

Amid widespread concern, and calls for restraint from US businesses and farm states most vulnerable to Chinese retaliation, Trump said Friday the outcome would be worth the short-term risk.

“I’m not saying there’s not going to be any pain,” he told WABC radio in New York, but “we’re going to be much stronger for it.”

Speaking on CNBC, Mnuchin said Trump is not aiming to provoke a conflict with China, but he is determined to defend US interests and “there is the potential of a trade war.”

However, he said the White House is willing to negotiate and is in regular contact with Chinese officials. He argued that the situation could be a “win-win” for China and the US if Beijing opens up its economy.

“I’m cautiously optimistic to work this out,” Mnuchin said, adding that “I think that we can manage this without significant difficulty to the overall economy.” China would “fight back immediately and without hesitation,” state media said.

“It is a battle between unilateralism and multilateralism, and between protectionism and free trade as well,” Commerce Ministry spokesman Gao Feng said, according to official news agency Xinhua. He warned that any threat to multilateralism would severely imperil the global economic recovery.

China also urged the European Union to join it in taking a “clear stance” against US protectionism, calling for Brussels and Beijing to “jointly preserve the rules-based multilateral trade order,” said Zhang Ming, the head of the Chinese mission to the EU.

The Chinese appeal came after it filed two complaints at the World Trade Organization saying the US has violated global trading rules, a claim the White House dismissed.

In his statement, Zhang warned “protectionist moves under the pretext of national security will undermine the credibility of the WTO-centered multilateral trade system, and the rules-based global trade order.”

Trump responded by once more dismissing the WTO as “unfair” to the United States. He complained that the WTO considers China “a developing nation” when it is actually “a great economic power.”

“They therefore get tremendous perks and advantages, especially over the U.S,” Trump tweeted. “The WTO is unfair to U.S.”

Mnuchin noted that the US tariffs on $50 billion of Chinese goods represent about 10 percent of imports from that country, while China’s retaliation amounts to 38 percent of US exports. “We’re going to protect our farmers,” he said.

Oxford Economics analysts estimate the threatened US tariffs cumulatively represent 30 percent of total US imports from China and, if imposed, the loss of Gross Domestic Product over 2018-2019 could reach 0.3 percent in each economy.

The latest actions risk putting the countries “on a slippery slope towards a trade war,” they said. But Trump’s newly-installed economic adviser Larry Kudlow tried to downplay those concerns, saying the US is “not running a trade war.”

“This is a just a proposed idea which will be vetted by” the US Trade Representative, Kudlow told reporters at the White House. “Nothing has been executed” “We’ll see. Hopefully this will have a very happy end,” he added, noting China is to blame for the confrontation. (With AFP)

Public satisfaction should be the yardstick to measure the performance of public officials: Vice President

Measures to ensure farmers do not suffer during the lockdown period 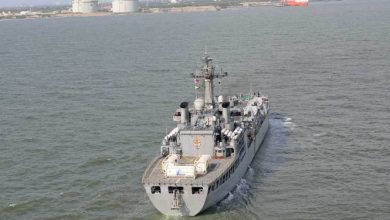