New Delhi: The national capital reeled under searing heat Tuesday, recording a maximum temperature of 43.7 degrees Celsius, the highest for the season so far.

However, some relief is around the corner with the weather office predicting gusty winds and thunderstorm Wednesday.

“The city recorded a maximum of 43.7 degrees Celsius, which is the highest for the season so far, and a low of 23 degrees Celsius. The humidity level oscillated between 21 and 60 per cent,” a MeT official said.

The official said the sky would remain partly cloudy and there’s a possibility of dust storm and thunderstorm with winds gusting to 30-40 km per hour.

Over the last week, Delhi has been witnessing temperatures crossing the 40- degree Celsius mark. On Monday, the city recorded a high of 42 degrees Celsius and a low of 23.4 degrees Celsius. Source Zee News 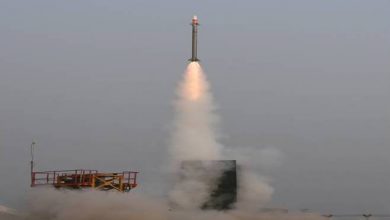