Addressing the medical officers, the President said that the disease burden in our country is undergoing change. We have to tackle Communicable diseases such as TB, Malaria and Dengue and at the same time deal with the rising incidence of Non-Communicable diseases. To address these shifting health priorities, the Government has after more than a decade come up with a revised National Health Policy. It outlines new and innovative ways to provide affordable healthcare for all.

The President said that the goal of universal health coverage is a priority for our Government. The implementation of the National Health Mission critically depends on commitment of the medical fraternity. This needs effective governance at the community, village and district levels. He stated that while health may be a core concern for them, they have an equally important role to play in the socio-economic progress of the country. Several key Government initiatives such as Beti Bachao, Beti Padhao and Swachh Bharat need their support and service.

The President advised doctors to actively listen to their patients and their concerns, as simply listening to the patients for a couple of minutes can bring psychological benefits to them and aid in the recovery process.

Come up with new technology and innovation for steel, so as to fulfill the aspirations of the government for Make in India: Chaudhary Birender Singh 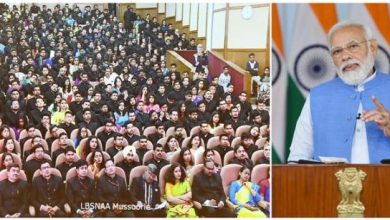