Asus has launched its latest ultra-high-end laptop, the Republic of Gamers GX800, in India. Priced at Rs. 7,97,000, the GX800 will only be available on request, and is targeted at those who absolutely have to have the latest and greatest hardware no matter the cost.

The GX800 is the followup to last year’s GX700, which raised eyebrows around the world for its massive size, incredible specifications, overclocking capabilities, and outlandish price tag of Rs. 4,12,990. While the GX800 is similar in concept, its spec sheet is even more impressive and its price has nearly doubled to Rs. 7,97,000.

Those who choose to spend this much will get a quad-core 2.9GHz Intel Core i7-7820HK processor, dual Nvidia GeForce GTX 1080 GPUs, 64GB of RAM, and an array of three 512GB PCIe SSDs. The GX800 has an 18.4-inch LED backlit 4K screen which supports Nvidia’s G-sync variable refresh rate standard for stutter-free gameplay.

Asus has developed a mechanical keyboard with individually controllable RGB LEDs for each key, and says that the depth and tactile feel are more comfortable for typing and gaming. The laptop has four speakers and a mic array, plus an ESS Sabre DAC for headphones.

There’s Thunderbolt 3.0 and 10Gbps USB 3.1 (Gen 2) for high-speed connectivity and to drive external displays. In addition, there are three standard USB 3.0 ports, Gigabit Ethernet, and HDMI and Mini-DisplayPort video outputs.
Of course the GX800’s main attraction is its Hydro Overclocking dock, which contains a pair of liquid cooling radiators. When the laptop is connected to its dock, coolant can be pumped in to cool the CPU and both GPUs, allowing for higher performance and dramatic overclocking. According to Asus, the CPU can reach 4.4GHz while the GPUs and RAM also benefit from liquid cooling.

The battery has a 74Whr capacity but you’ll need to use two 330W power bricks if you want to run the laptop and dock to their full capabilities. The laptop weighs 5.7kg on its own, and the dock is another 4.6kg. You get a wheeled suitcase and a backpack to carry the units around, plus an Asus gaming mouse.

Asus says that it has sold a small number of GX700 laptops in India so far, but did not give us any expected number of GX800 units. Very few of them will even be manufactured, which is no surprise

Evolve code of conduct for those in public life, Vice President urges parties 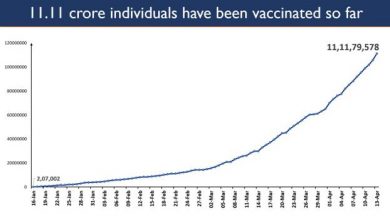 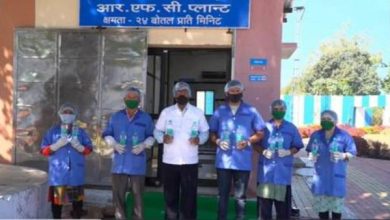