All India Statistics of Indian Power Sector are released by Central Electricity Authority (CEA) today. The main highlights are as follows:-

The quantum of energy supplied by the State Distribution Utilities increased from 960 BU in 2013-14 to 1135 BU in 2016-17, showing a CAGR of 5.8 %. This increase is, in-spite of energy conservation and efficiency improvement measures. Without the energy efficiency measures, the growth rate would have been much more. Along with this growth in supply of electricity, the quantum of “energy not supplied” has reduced substantially from 42.4 BU in 2013-14 to 7.6 BU in 2016-17, a reduction of 82%.

The energy actually used by all the consumers including industries, grew at an even higher rate. The gross generation in the country, which reflects the consumption by consumers (other than about 0.2% growth rate of export to Bangladesh and Nepal), increased from 1020 BUs in 2013-14 to 1242 BUs in 2016-17, showing a CAGR of 6.8 percent. The reason that there is a higher growth in gross generation, vis-à-vis energy supplied by State Distribution Utilities, is that many industries are now purchasing power through open access from IPPs without contracts with the States. Therefore, the consumption of these industries has reduced from the State Utilities and increased through open access, which is reflected as generation increase from IPPs without contracts. This growth rate is, in-spite of energy conservation and efficiency improvement measures. Without the energy efficiency measures, the growth rate would have been much more.

Adequate power is available in the country to meet the demand of power of the consumers who are having access to electricity. In 2013-14, the demand-supply gap in terms of Energy and Peak stood at 4.2% and 4.5% respectively. This has now come down to an all-time low of 0.7% and 1.6% respectively in 2016-17. Further, this gap is on account of factors other than inadequacy of power in the country 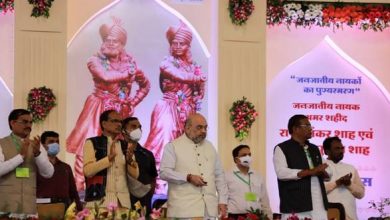